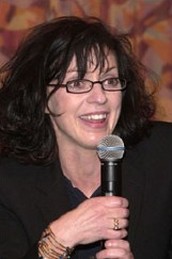 Fran Walsh was born on January 10, 1959 in Wellington, New Zealand. She is a screenwriter, film producer and musician. She is married to Peter Jackson and they have two children: Billy (1995) and Katie (1996).

Quotes:
None found. I really am terribly sorry. If you happen to stumble upon some of her quotes, please send them to me, as well as your source, via the contact form below. Thank you.